Rodents, mice and rats, are a massive issue in almost every country and especially every city in the world. They destroy massive amounts of food stores costing many major cities billions while causing millions upon millions in the destruction of property. The issue is so severe that New York City has a government organized rat task force that is used to stem the tide of rats in New York. Now mice are not rats, they are not as vicious and tenacious as rats, but they also do not live partially outside. They invade a home permanently with no intention of leaving. A rat will vacate a house through a one-way door that will prevent its reentry which can be very effective, but mice will not leave, they will live in your home forever unless you get them out.

So how do you locate signs of mice presence in your home? You will need to do a full inspection of both the inside of the house and the exterior of the house. You will also need to inspect your property and any adjoining properties need to be visually inspected and noted. Now, what are you looking for? 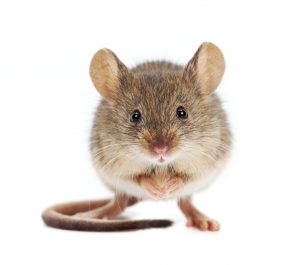 If you have tall grass, lots of gardens against the house or shrubbery then you are giving mice and other rodents a great opportunity to take as long as they want to get into your home by chewing or searching for an entryway. The tall grass allows them to travel in secret and can result in a huge infestation growing right under your nose. You should also note if there are adjoining properties with this issue that may also have mice themselves. Often when mice are evicted from a house they will simply move to another house, this is why professionals only use poison for mice. Catch and release does not work well in this case, the mouse will just run into someone else’s messy yard.

You should also inspect the outside of your home for openings that mice could use to enter. Homes with crawl spaces are especially susceptible as there are usually dozens of entryways, and it would be very easy to burrow underneath it. A professional would resolve this with something called trenching. This process involves digging one foot by one-foot trench along the perimeter of whatever is being affected. This can be done for a house with no foundation, for decks, sheds and for any other structure that needs it. The process involves laying steel mesh into the hole one foot down and one foot out and attaching it to the house a few inches above the ground.

You can also inspect inside your own home for droppings in cabinets and under the sink. Fresh droppings will be soft and smell bad, dropping that are dry are hard and look black. Dropping from mice is very dangerous and carries the Hantavirus which can become airborne by jostling it too much. Sweeping it up is a bad idea but if you spray it with some bleach and let it dry you can vacuum it up.

Also, look for food that has been pooped on or tampered with. This can be holes in cardboard boxes or other easily chewable containers including plastic and even thin aluminum.